confessions of a couch potato 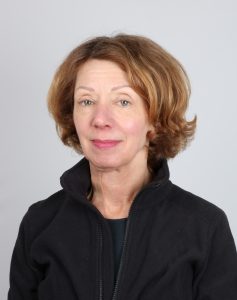 To a clumsy, unsporty child, a couch potato until my 30’s and an adult totally out of touch with my body, the Alexander Technique was a revelation.  I thought I was destined for a life of the mind, but it hasn’t worked out that way.  The growing relationship with my physical self has been exciting, frustrating, confusing, but hugely beneficial.

I have become passionate about the need for exercise. Research has shown that exercise is important in the treatment of many conditions, from depression to back pain. This was one of the reasons I decided to train as a Pilates teacher in 2006. Since then, I have taken many Pilates specialist courses including scoliosis, osteoporosis, and hypermobility.

Some years ago I developed a pain in my foot which drove me to investigate the function of the foot.  I learned and developed techniques that can help many problems, from flat feet to high arches.

As an Alexander Teacher, I was pretty critical of many chairs and sofas.  And after listening to my pupils complaining about awful sofas, train seats, etc., and how these made their back pain worse, I became interested in chair design and its role in the development of poor posture and back pain, and campaigned for more sensible seat design.

This lead to my involvement with the charity BackCare.  I was appointed to the committee which oversees their publications in 2000.

My Most Recent Blogs: